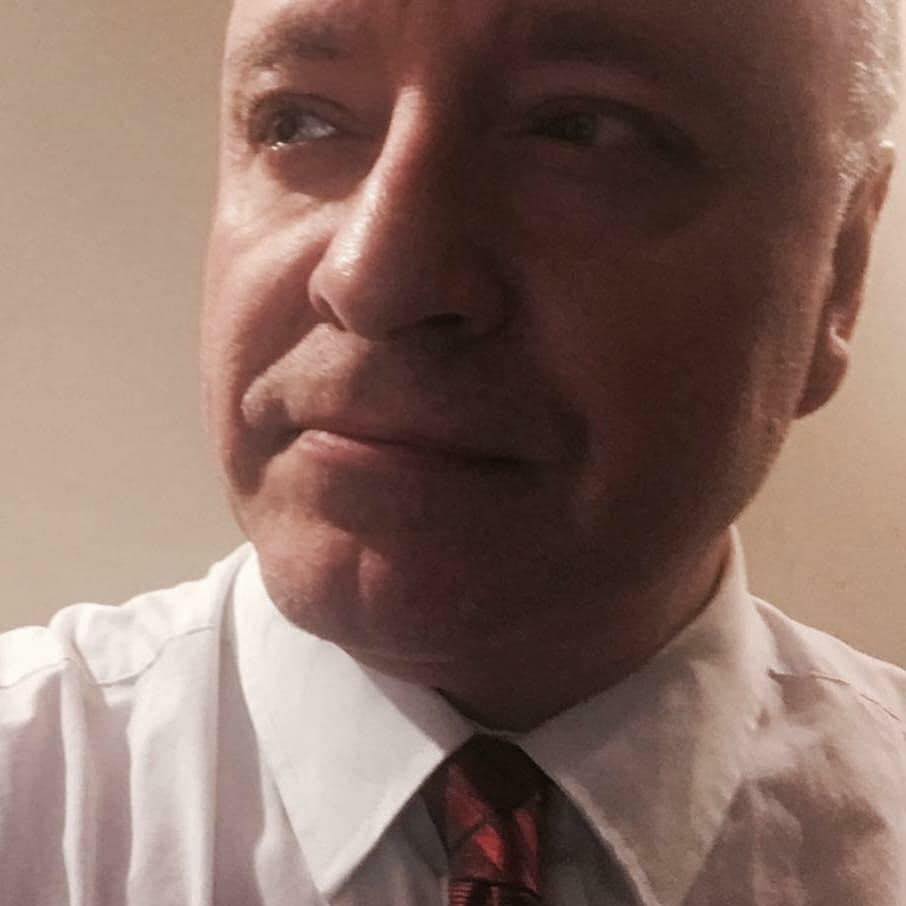 Steven Brittingham is a professional actor, writer, and podcast host. Steven created, produces, edits, and is the host of a podcast talk show: Hollywood and Beyond with Steven Brittingham. His goals as host are to provide meaningful, in-depth and fun interviews with actors, singers, writers and even those outside of the Industry. Born in Dayton, Ohio and given up for adoption by his biological parents, he was raised and eventually adopted by his grandparents on his father's side of the family. Steven's love for acting and films began at an early age when his grandfather took him to see "The Muppet Movie".

Steven has numerous theater credits with performances in both Ohio and North Carolina. He has appeared as Bernie Dodd in "The Country Girl' on stage, as well as leading roles in "The Murder Room", "David and Lisa", "The Murder Trial" and "Jack the Ripper". He also directed a children's production of "Aladdin" with over 40 cast members, and taught acting classes and workshops for young actors that were consistently sold out. As a teenager Steven hosted a live music video show titled "South Side Video" for over two seasons. Eventually, Steven would appear in film as a businessman in "A Rage in Harlem" - directed by Bill Duke. He appeared as a bartender in "Victim of Love: The Shannon Mohr Story" on NBC.

He studied acting in Los Angeles with Bonnie Forward. After years away from acting to help care for his grandmother who raised him, he has returned to acting and creative projects once again. In 2016 he created the weekly podcast show Hollywood and Beyond, also hosting the interview show live on an online radio network. In September of 2018, Steven decided to leave the online radio network and relaunched Hollywood and Beyond to coincide with the expansion to iTunes, Apple Podcasts, iHeartRadio, Spotify, Audible, Google Podcasts and more. Guests appearing on Steven's Audio Podcast show include: Emily Procter, Patrick Duffy, Burt Ward, Melissa Sue Anderson, Susan Buckner, Audrey Landers, Jen Lilley, Michelle Stafford, Bill Duke, Leon Isaac Kennedy, Lar Park Lincoln, Carrie Genzel, Gordon Thomson, and many, many more talented individuals.

Steven is writing a book about his experiences of being adopted, his grandmother's final days and how he dealt with enormous grief in order to return back to artistic projects. The book will be titled: "Memories Left Behind". In addition, Steven has written film reviews and written interviews for the online magazine "Highlight Hollywood" and was also a contributing-editor. Steven resides in Cincinnati, Ohio and has one son. Steven hopes to be involved with charitable organizations and with quality acting projects in the upcoming years ahead. Steven's personal and artistic journey is a true example of not giving up on a dream.